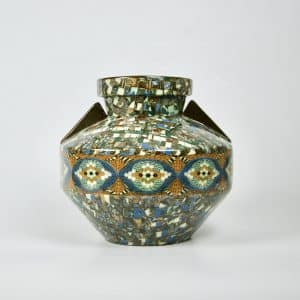 This large mosaic vase was made by the naturalised French ceramist, Jean Gerbino. With its stylish triangular handles, it has a whiff of Art Deco about it. That fits, since Gerbino produced this shape around 1940, though he continued making it into the next decade.

Like all Gerbino mosaic vases, it’s an incredibly labour intensive piece. Just looking at it is a reminder of how many hours, days – even years – of work can go into making a thing of beauty.

Jean Gerbino (1876 -1966) occupies a special place in post-war Vallauris pottery. Born into a Sicilian pottery family, he started learning his craft at the age of 10. When he was old enough, he left for Vallauris, France, where he was hired as a potter under Clément Massier. In 1919, after a spell in Algiers then in Uzès, near Nîmes, he returned to Vallauris. This time it was for good.

The Gerbino process – a 15 year quest

Jean Gerbino was heavily influenced by Japanese Nerikomi pottery or neriage. Neriage involves laminating different coloured clays to produce swirling blends of colour. If you then cut across the grain – a bit like making sushi, or Blackpool rock – you get beautiful repeat patterns. Jean Gerbino devoted 15 years of his life to developing his own unique process, a combination of mosaic and neriage. In 1931, it won him the Paris Concours Lépine prize. Other awards followed in the years to come.

Timeless – but also of its time

Jean Gerbino pottery is beautifully made and has a timeless quality. That’s enough to make even smallest baluster vases popular with some collectors. But the pieces that command the most interest have strong lines and a real presence. Timeless as they may seem, they’re also very much of their time. 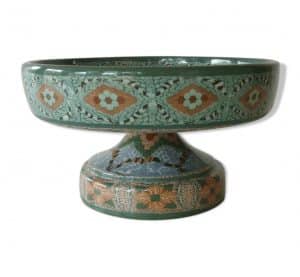 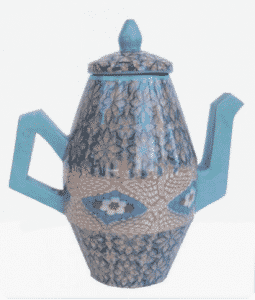 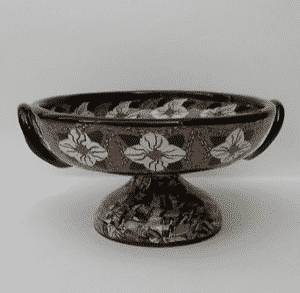 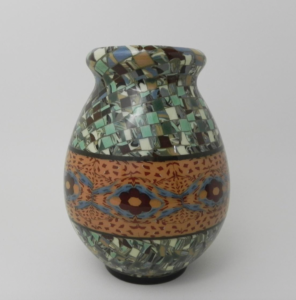 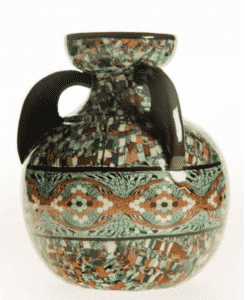 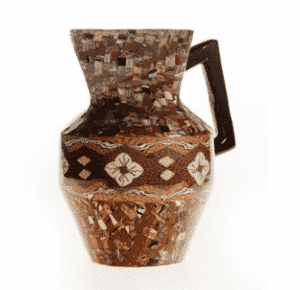 BROWSE GERBINO POTTERY IN OUR SHOP